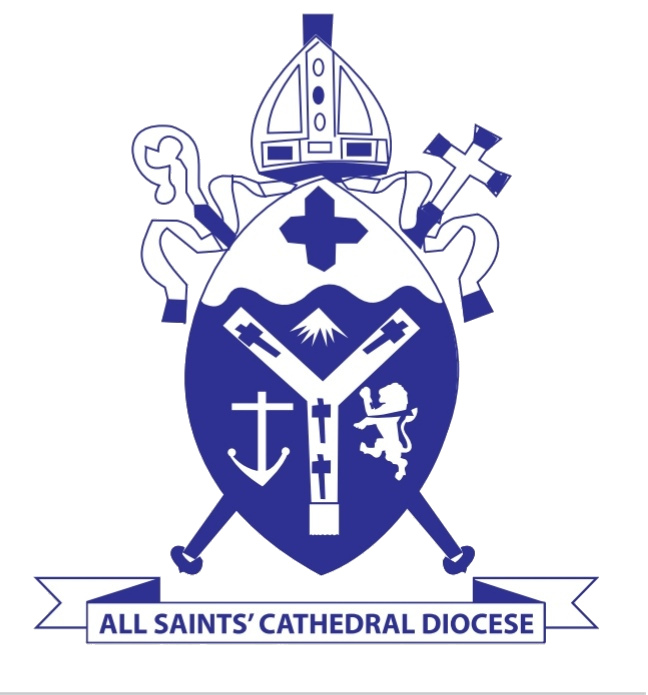 which will be under the Archbishop in consultation with the Diocese of Nairobi in accordance with min1/SPS/98, 2.4 recorded in special Synod held on 22nd and 23rd January 1998 that read:

.“That the Archbishop would have as his Diocese, the All saints Cathedral Church in Nairobi and such parts of the environment thereof as may be designated by the Province in consultation with the Diocese of Nairobi.”

This Provincial resolution was brought to the 25th Ordinary Session of the Nairobi Diocesan Synod held on the 7th and 8th December 2000 for debate. After that, the motion was passed to accept in principle, the sub-division of the Diocese of Nairobi in accordance with the Provincial Constitution Canon 1. The motion read:

“That this 25th ordinary session of the Diocese of Nairobi sitting at All Saints Cathedral Church hall today, 7thDecember 2000 hereby resolves that the Diocese shall in Principle be divided in accordance with the Provincial Constitution Canon 1, to curve a small See around the All Saints Cathedral Church for the Archbishop, and that the residual Diocese of Nairobi shall elect its own Bishop by 1st July 2002.”

Consequent upon the above motion, a resolution for the election of a commission was passed thus:
“That this 25th Ordinary Session of the Diocese of Nairobi sitting at the All Saints Cathedral Church hall resolves to elect 10 commissioners to seek views from Nairobi Anglican Christians on the sub-division of the Diocese and report before May 2001.”

Among the terms of reference, the Commission was expected to give a detailed justification for the proposed division of the diocese of Nairobi by showing that Canon 1(b) has been fulfilled i.e. by providing all such information as shall be requisite clearly show that the proposed change is necessary, that substantial spiritual benefits and administrative or financial advantages may reasonably be expected to accrue therefrom and in case of any change involving the division of a diocese or reduction in its territorial limits, that each of the proposed new Diocese or (as the case may be) the residual Diocese will be Spiritually, Administratively and Financially viable.

It is in the light of the foregoing that the Diocese of All Saints’ Cathedral was created with effect from 1st September 2002.

A vibrant Diocese advancing the Kingdom of God in the City and beyond.

The leadership organs of the All Saints’ Cathedral Diocese seek to provide the following services:

Ministry of care provided by the Church involving tending to needs strengthening the weak, encouragement, feeding the flock, making provision, shielding and protecting, refreshing, restoring, leading by example to move people on in their pursuit of holiness

Believer’s mandate to proclaim the Good News of Jesus Christ to all human kind and (making them disciples) Discipling them (Matthew 28: 18-20).

Equipping church leadership through training and development in the endeavour to provide quality service to the people.

Equipping both Clergy and Church Workers academically and professionally for effective and efficient ministry and providing for their welfare while in service and in retirement.

The Diocese to acquire, develop and utilize both human and economic resources for ministry sustainability.

Sectors of adult, youth and children

Established in 1986 through the initiative of the Mothers Union, Nairobi Diocese, St Nicholas Community Development Centre (CDC) serves to rescue, develop, and reintegrate vulnerable children. Currently taking care of 80 children, CDC intends to grow its capacity to a minimum of 200 children by 2020.

To nurture and educate the less privileged children

A Christian center for transformation and integration of children to realize their full potential.